The thrill of being part of an orchestra at high school, along with growing up in a musical family, led Jeremy to an exciting career in the entertainment industry. Jeremy has completed contracts playing the bass guitar in theatre pit orchestras for the Australian productions of Billy Elliot (2008 – 2009) and Mamma Mia (2010) at Her Majesty’s Theatre in Melbourne, and Hairspray The Musical in 2011 at The Princess Theatre. Jeremy authored the title “Bass Guitar” – A Book & DVD instructional box set, published by Hinkler Books, which was released worldwide in September 2009 and has been translated into several languages.

Jeremy began formal music training at the age of 10 playing classical guitar. He was born into a musical family. His mother, Antoinette (Toni) LaBrooy (dec. 1993), was an outstanding vocalist and brilliant multi-instrumentalist, playing piano, keyboards and violin while his father, Geoff LaBrooy, continues to be a very dynamic jazz drummer. They both had successful music careers in Sri Lanka and later, having immigrated to Australia, re-established their musical pursuits in Melbourne and ran two very successful function bands – Sound Wave and Astron for over 20 years.

Experiencing his first taste of musical performance at high school, Jeremy actively took part in the school’s concert band, jazz band and swing band playing tenor saxophone and continued studies on classical guitar. While in Year 10, his school produced their first ever musical, Joseph and His Technicolor Dreamcoat and Jeremy made his theatrical debut on the bass guitar. It was this experience that led him to embrace the bass guitar as his first instrument. He continued to gain theatrical experience and returned to play bass in the school’s next 4 annual musical productions.

“I can vividly remember the excitement and anticipation while waiting backstage to go on at Robert Blackwood Hall and Alexander Theatre with my stomach in knots,” recalls Jeremy. “After our performance we all felt like we were on top of the world! – It was an awesome feeling.” It was this feeling that Jeremy would begin to crave.

With musicians for parents, Jeremy was always around music and was exposed to a wide variety of genres. He grew up listening to all the jazz legends including Miles Davis, Charlie Parker and was introduced to the 70’s funk music of Herbie Hancock and Tower of Power as well as classical music.

In 1986, Jeremy joined his parent’s band, which effectively began his professional music career while he was completing his Diploma of Primary Teaching (Monash University).
“In my teens, mum would help me to transcribe all sorts of tunes that I wanted to play from pop and rock to jazz funk,” said Jeremy. “She wrote out charts (sheet music) of jazz standards and pop tunes for me when I started performing in her band. My parents taught me what it was to be a professional musician. I loved them for that!”

In 1989, Jeremy auditioned and was accepted into the prestigious music school, The Victorian College of The Arts (VCA) and enrolled in the jazz improvisation course. There he studied with some of Australia’s jazz legends Tony Gould, Brian Brown, Geoff Kluke and Bob Sedergreen. Near the end of his first year at the VCA, Jeremy was offered the bass chair for the Melbourne theatre season of Les Miserables at The Princess Theatre. For the next nine months he performed 8 shows per week while attending second year at the music college. He graduated from the VCA in 1991 with a Diploma of Arts (Music). 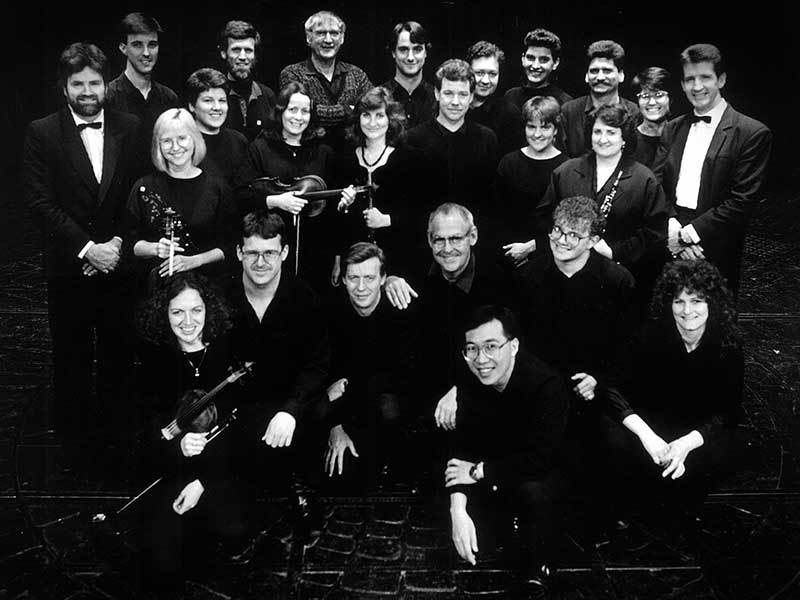 Jeremy continued to play electric bass in theatre orchestras for The New Rocky Horror Show, Rent, The Full Monty and Joseph and His Amazing Technicolor Dreamcoat where had the opportunity to perform alongside artists such as Rob Guest, Tina Arena, Anthony Warlow and Debra Byrne.

Jeremy’s freelance bass career continued with regular appearances on TV’s Good Morning Australia, backing Australian and international artists including Max Pelicano (Elvis To The Max – Detroit, USA) & Lillias White (New York, USA). He has performed with many bands locally and overseas including funk band Jabulani, The Wizards and Max Loves 99.
On the millennium New Year’s Eve in 1999, Jeremy travelled to Darwin’s MGM Grand Hotel to perform in a huge outdoor concert with Daryl Braithwaite, former lead vocalist of Sherbet. At that concert with Daryl’s band, Jeremy performed Sherbet’s biggest singles Summer Love (1975) and Howzat (1976) which had both been number one hits in Australia in the 70’s.

In 1994, he formed his own corporate band Rapture which employs some of the most talented TV & studio musicians in Australia. Rapture has performed for large corporations like ANZ Bank, Australia Post and Mastercard as well as countless weddings and a number of Sri Lankan dances including Holy Family and Lindsay Past Pupils Association.

Through his journey as a musician, Jeremy has had the opportunity to personally meet and receive encouragement from music giants like Brian May (Queen), Billy Joel, Marcus Miller (Miles Davis, George Benson) and Dave Weckl (Chick Corea). He has had private master classes with bassists Jeff Andrews (Mike Stern, Michael Brecker) and Ric Fierabracci (Chick Corea, Tom Jones).

He met his beautiful wife Candice, a sensational vocalist and entertainer while producing an Austin Powers corporate show in 2000. One of Jeremy’s happiest days was proposing to her at Le Jules Verne Restaurant on the Eiffel Tower, and in 2008, the two were married. Jeremy composed The Princess Wedding March in honour of his bride and booked a 20 piece chamber orchestra complete with conductor to perform the piece as she walked down the aisle. Since then, they have been blessed with three daughters, Lilybelle, Millyrose and Daisymay. Jeremy lives in Melbourne and continues to perform live as a freelance Melbourne bass player as well as teach bass students and compose music in his production studio.

“After our performance we all felt like we were on top of the world! – It was an awesome feeling.”